Kevin Jenne is an artist-chronicler, a peripatetic wanderer whose universe, both personal and creative, is in constant, exhilarating flux.

Like a live feed on the web, his images flow one from the other, merging, melding into a living fresco with no beginning or end. Pause at any moment, and wonderful things appear. His images are as close to a visual language as art can get. Jenne is never without his pad, sketching non stop, soaking his surroundings like a sponge, and no subject is too banal or too complex to tackle. It is life transfigured into living art, lived on parallel with the creative process in some kind of magical symbiosis.

A mostly self-taught artist, Kevin Jenne has created a truly unique style, much of it hinging on his restless energy that propels both his brush and his vision. His paintings are shimmering and fluctuating, particularly in the city scenes teeming with people and movement. The crowds in his works are faceless, bodies forever in motion, more like a living, shape shifting energy than human beings.

As in most of his works, colour plays a major role in the composition, and Jenne’s palette, like his subject matter, is unlimited.

This astonishing talent for almost instant creation has him often painting live, in front of people, be it at public events or private celebrations. He paints in the midst of commotion, ‘grabbing and dragging’ images onto his canvas, the composition forming before our very eyes. Jenne’s admirable audacity and un-affected self-confidence makes these works instantly accessible; the viewer senses the artist’s energy in its pure form, there is no questioning and no going back. Once the painting is done, the only action that can follow, is to carry on with yet another work. 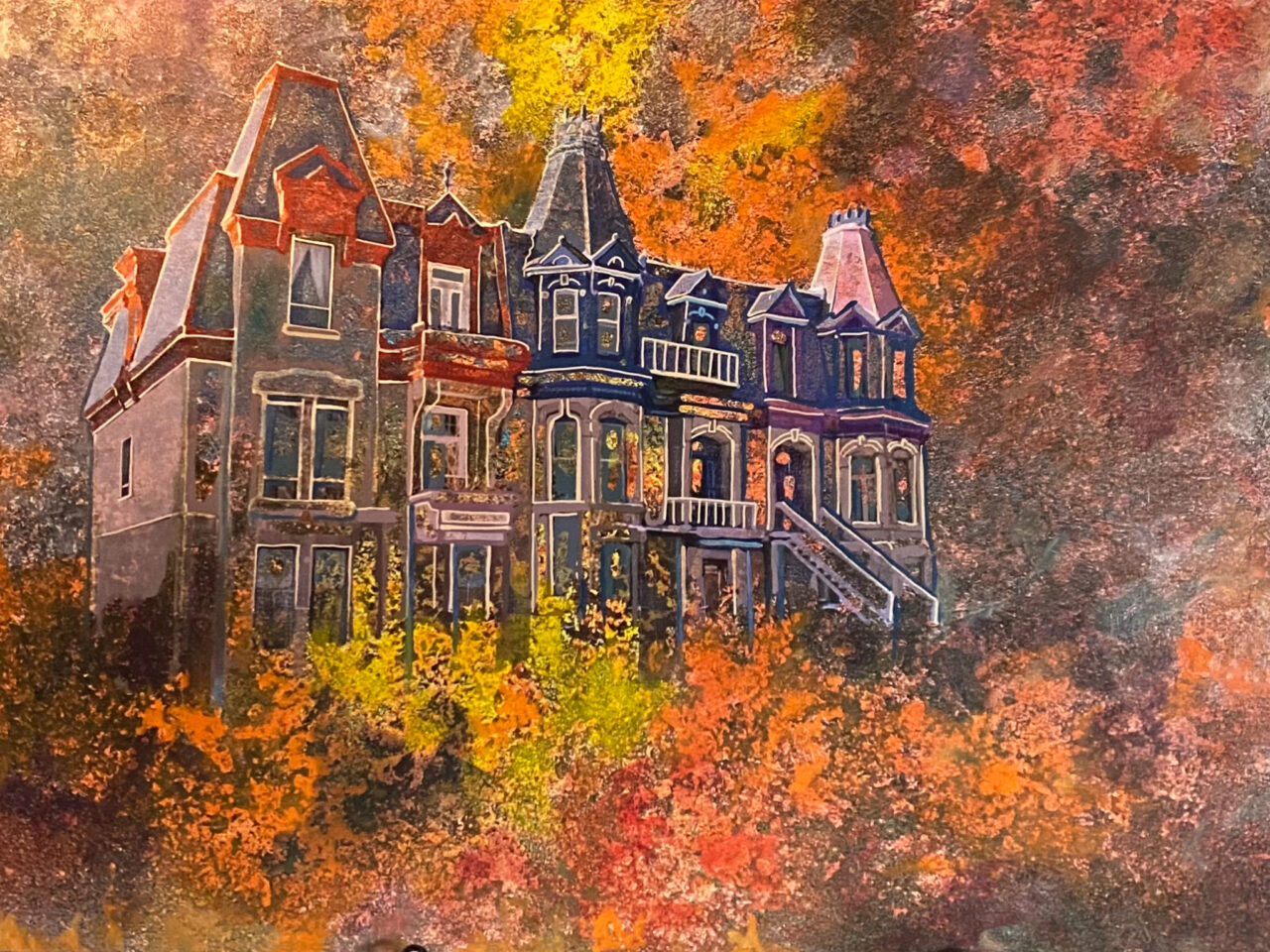 It takes skill to navigate such diverse visual topics, and in Jenne’s case it is aided by his unencumbered approach to his craft, and gestural intuition.

Kevin Jenne’s versatility, combined with his unusual technique and pictorial approach, makes him unique on the contemporary art scene. Place him in any surrounding and before long it will take shape on his canvas, transformed into a different kind of living energy… one without beginning or end.